Many of you, like your predecessors during the Roman empire, have fallen into the trap of division under a divisive government.

What you fail to acknowledge while you’re either defending Trump or shaming Trump supporters is the need of society for people with humanity – a humanity sans political views.

San Diego has one of the country’s largest homeless populations, and while some of these individuals may attribute their current position to a poor economy [due to politics], very few of them actually care enough to debate these trivial things.

Because the thing is, when you’re worried about where you’re getting your next meal, you really don’t have time to give a shit about some white guy in a white house, far removed from your current state. It’s the fundamentals of Maslow’s hierarchy.

Many of you on social media express disdain for social funding. While a complete social economy may not be the solution in the United States (due largely to the individualist culture resulting from extensive diversity), the need for certain social assistance is nevertheless eminent in these scenarios.

You may be against a socialist system, but are likely pro-public education to some degree. Public education, however, bases its funding on local property tax – a genius way to prevent impoverished areas from accessing the same resources as wealthier neighborhoods.

So now picture yourself as a child in a low-income neighborhood, trying to attend school. Sure you worked hard in your life, but did you have to walk through streets of gangs and drugs without personal safety just to try to make it to your eighth grade homeroom? Did you go without three meals because your parents couldn’t afford food, and your school didn’t offer a lunch program? Did you lack access to healthy food at any point, or a safe place to sleep?

If you did, your struggle would be great and you would understand the disadvantage at which many of these homeless individuals were born into. Others had even worse situations – single parents, abusive parents, violence in the home, being expelled from the foster system at the age of 18 with nowhere to go, no skills (thanks to the local public school), and no means of support.

We like to think we control our lives, but our circumstances control us. We cannot choose the fundamentals of what sets us up for success or failure; we cannot choose our family, our birthplace, or the local values that shape us as children in our most formative years.

You can still say you’re not paying to support people on drugs, and that’s fine, that’s your prerogative, but next time you see someone on drugs, ask yourself how bad was their reality that they are addicted to escaping it. Ask yourself how many traumas they overcame before they started to give up.

So, no, I can’t make you care about people; caring is not a requirement to live on this earth. Just know next time you see someone in a position of need that if you were born just one house next door, that person might have been you.

There’s nothing better in SoCal than a relaxing weekend in Palm Springs. After spending significant time visiting this former Hollywood hotspot, here are my top picks.

Hotel, pool, and spa in one, The Saguaro is there for all your relaxation needs. This retro-inspired resort hosts lit pool parties on the weekend that put Vegas to shame. They also offer daily yoga for hotel guests, a full spa menu, and amazing gym on site. Best of all, they have a vintage Barbie display that’s more sought after than any work of art. 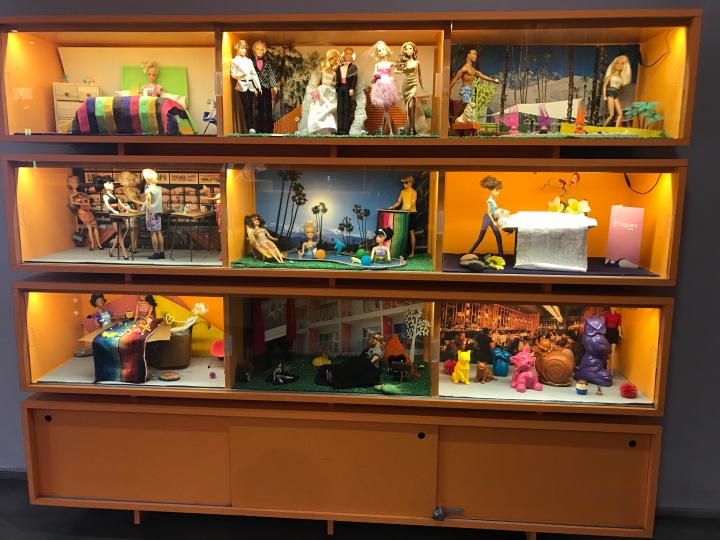 Palm Springs would be nothing if you didn’t stop at Morongo on your way in…or out. This resort and casino has great plays for gamblers, and a crazy mall of outlets. Their buffet is one of the best in the area.

If casino buffets aren’t your thing, try your luck at a heathier location. Palm Greens Cafe is a local spot loaded with vegan and macrobiotic options (think Thai/Indian inspiration). With not a tourist in site, you’ll be eating with Palm Springs’ best and healthiest crowd.

Adjacent to the airport is a great air museum with retro F15s chilling outdoors. When shopping and lounging gets boring, refresh your brain with some military and aircraft facts while taking selfies with fighter jets.

A weekend holiday wouldn’t be complete without a tiki bar. This cute drinking space is in the heart of downtown Palm Springs and is one of the few acceptable bars for millennials in the area.